by Sunil Manandhar | Jan 6, 2023 | Article Writing Competition, Uncategorized, What if..?

It baffles me how humans have made it this far. From primates who taught themselves to hunt, communicate, and form a community with superior intellectual beings capable of sculpting material things out of literal trash, building weapons of mass destruction, and ultimately questioning their own existence. Though the transition took about 6 million years (give or take), the feat is actually quite impressive and intriguing, to say the least. As millennia have rolled over, there have been a lot of changes that are evident between us and our ancestors. Physically, we were more robust and agile in the past. Our brain sizes were bigger, and we were stronger. As Darwin dictates, we were selected by nature itself to lay waste to other species and thrive. However, there’s a commonality between us: we are curious. Our first ancestors discovered fire, invented the wheel, and created spears and weapons out of curiosity, and it is the same curiosity that will lead us off our planet, this blue dot. Into, hopefully, oblivion, where someday we can find the meaning of our existence.

But what exactly is the meaning? Why are we here at this precise moment and precise point in space? Were we created for something? Or did we just exist? If we were in fact created, why so? What grand purpose did it serve, and what purpose does it still serve? These are the questions that I’ve spent countless sleepless nights trying to find conclusions for, but to no avail. Humans, in their curiosity, found fire, tools, weapons, religion, and ultimately science as a counterbalance to their curiosity. However, no matter what discoveries and revelations we make, the thirst for knowledge and curiosity will never be quenched.

One of the major influential factors in human segregation and progress over the centuries has been religion. Religion has played a major role both in uniting and segregating humans. Over the centuries, there have been thousands of religions on earth. Like action figures, the gods come in different shapes and sizes; each with its own unique traits and nuances. Gods like Brahma, Vishnu, Maheshwara, Mohammed, and Christ are all too familiar to us. Their omniscience knows no bounds, and they are worshipped by millions. According to their devotees, we are their creations. But what if the gods are creations themselves? What if gods were actually created by organisms of higher existence and capability? What if gods were actually created by…us?

It seems like a stretch, but it is quite plausible if you think about it. Millions of years from now, we Homo sapiens will reach the point of our existence where we will be the creators of intellectual lives ourselves. The creations will become the creators, if you will. The progress of science and technology will reach such heights that things such as time travel, flying cars, light-speed propulsion, and anti-gravity ships will look like ancient artifacts to us. So, what is stopping us from thinking that humans created these figureheads called ‘gods’, beings of absolute power and omnipotence, and placed them at the right time and in the right place to manipulate their past selves? What is stopping us from envisioning that these “gods” are nothing but pawns in the grander game of the universe? What if, in addition to gods, major figureheads of human history such as Einstein, Hitler, Gandhi, Aurelius, Shakespeare, Napoleon, Newton, Feynman, Columbus, Mussolini, Bin Laden, and so on were actually created by future humans and placed perfectly at precise moments of time in human history? What if they were placed as such to teach humans a specific lesson at designated periods of time? Hitler taught that giving power and authority to a single person could prove fatal to an entire nation, or even the world. Einstein taught us that the human mind knows no limit since we’re all blessed with an innate quality known as ‘curiosity’. Gandhi taught us to fight for what is right. Aurelius taught us that happiness in a person’s life comes from within, there is nothing external that the universe provides that can satisfy a human more than when he is content within himself.

Furthermore, what if the first early men, who discovered fire, were genetically engineered specimens from our future selves? What if the mere conception of curiosity is creation itself? What if it is a component that is hardwired within us? But the question is not what if. The question is why? If future humans have surpassed the gods themselves, then why are they doing all this? Is there a meaning to all this? Are they themselves serving another giant purpose after all? What if, in the faraway future, billions of years from now, the human race was doomed to monotony? What if, after years and years of advancement, existence, and creation, humans lost all perception of right and wrong? What if humans themselves transitioned from loving, understanding creatures to cold-hearted, mindless “robotlike” beings where segregation was eliminated? There was one supreme ruler who ruled over us as a tyrant, giving orders and making us suffer. No segregation? Living all as one? You may say that does sound like a utopia. No wars, no violence, nothing. But if you ask me, that would be the closest thing to hell that can be imagined. I ask you this: would you be tempted to live in a world where there are no feelings? The very thing that drives us? What about happiness? Ask a woman how happiness feels when she’s brought in a new life that she’s nurtured for about nine months. What about love? Ask a man/woman about the longing to see their partner after a very long day at work, to find the warmth of their hug after they’re home; what is love? But what about sorrow? Would you want that too? Of course, ask a man or woman how they feel at the loss of a loved one. But don’t forget to ask them how they’ve kept themselves strong amidst all the pain and hardship that they’ve endured. How’ve they grown? The victory of a hero is meaningless without a villain. After all, happiness and sorrow complete each other. The thing is, humans have never been able to thrive in monotony and tyranny. Feelings such as love, sorrow, happiness, emptiness, and curiosity transcend everything that is imaginable, and they are the tools to shape a better future. They’re gifted to all living beings by nature itself.

So, what is life if there is no living? So, in the end, what if some rebels, in defiance of this tyranny, took it upon themselves to create gods, men, and godlike men and send them far off into the depths of the past to induce segregation, induce feelings about what’s good and right, to induce curiosity and passion, so that the future doesn’t seem bleak after all? What if these humans are not ready to let go of all that is “human”? What if we are the saviors of our own doom? What if we are the final hope for ourselves? What if we are the final cry? The thing is, we may never know. However, as the hourglass grains fall, the tides turn, and new life emerges with each passing second, as the earth rotates a million times over and revolves the sun a billion times, and the sun itself revolves a trillion times until we are literally alone in this universe, we eventually will. 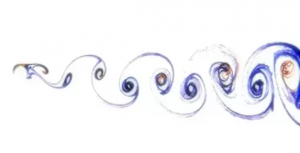